A 32 year old single mother, active in her parenting, vocational, and home activities, suffered injuries in a car wreck one summer day, when another driver made a left turn in front of her, causing her vehicle to spin and flip out of control. Remarkably, she crawled out of her vehicle and did not suffer any life-threatening injuries. 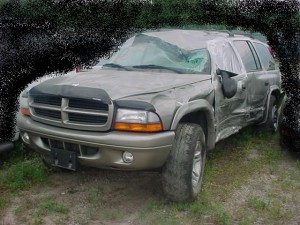 As a result of the collision, she suffered from headaches, two cervical disc protrusions with mild stenosis and a right-sided C6 cervical radiculopathy, two thoracic disc protrusion, scapular winging due to long thoracic neuropathy, and general neck and back pain. Twelve years prior to this collision, she had undergone a lumbar fusion following a work injury, and had suffered neck and back symptoms, including symptoms radiating into her extremities, as recently as one week prior to this collision. She was an avid runner, having participated in marathons even after her lumbar fusion. Her conditioning was set back after this collision, though determination has allowed her to resume running again.

A significant consequence of her injuries occurred in the workplace, as an office worker. She found she was unable to remain in a seated working position for extended periods of time. She was given work accommodations, including a standing work station, but still missed significant chunks of time from work as a result of her injuries. Her claimed wage loss was over $33,000.

The year before her collision, she bought a fixer-upper home which she was planning to remodel herself. She had begun some of the demolition before this collision occurred, but was unable to complete the remodel without significant unexpected financial output as a result of her injuries, of nearly $23,000. 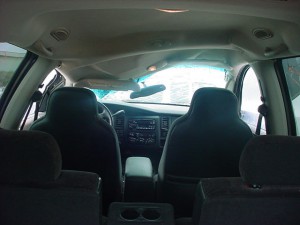 For her injuries, she was seen by general practitioners, was prescribed over a dozen different medications throughout her course of treatment, received chiropractic care, underwent eight different diagnostic tests, went through three courses of physical therapy, a course of pool therapy, and a back and neck program. She was seen by three different orthopedists, received multiple injections, had a functional evaluation done, and was seen by a neurologist. None of her injuries proved to be surgical, and with diligence and time she slowly overcame many of her symptoms, though was left with permanent spinal damage. Her medical expenses were over $39,000 at the time of mediation.

⇤ Back to Success Stories

“I was in a bad car accident across state lines in Minnesota, complicated by the other driving being drunk and uninsured. Because of Denise's expertise, I was able to focus more of my attention on my recovery. My insurance company pushed back several times along the way. Denise helped me understand my rights and was a true advocate on my behalf. Overall she was proactive, informative, transparent, detailed, and very professional. Lastly, because all of this occurred during a pandemic, our interactions were via Zoom, email, or the phone. This did not detract from my experience at all. I would use her again and recommend her without a second thought. She made a VERY difficult time in my life much, much better.”
— Meghan M, Hudson, WI